A Closer Look at American Finances

Unemployment is extremely low right now and incomes are rising, so you would think that Americans would be living the high life. But the fact is 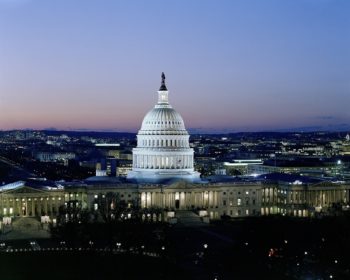 that most of us are struggling. How is this possible?

Almost half of us are living paycheck to paycheck.

What is so shocking about these figures is that according to key economic indicators, the economy is healthy. The government shutdown has thrown a wildcard into the mix, but assuming that is resolved soon, the GDP growth rate is expected to remain in the ideal range of 2% to 3 %. Heck the unemployment rate was only 3.7% at the end of 2018. Unemployment is expected to proceed at its low natural rate of 4.5% to 5%. There is not a lot of inflation or deflation. So why is the American dream escaping the grasp of so many Americans today?

Americans Are Deep in Debt

A big reason that Americans are struggling is that many carry a huge amount of debt. In 2018, the average American was $38,000 in personal debt (not including home mortgages), up $1,000 from the year before. Total household debt has been rising quarterly for some time. According to the Center for Microeconomic Data’s quarterly report for the third quarter of 2018, household debt rose to $13.51 trillion in that quarter, a $219 billion jump from just the quarter before.

Today, only 23 % of Americans say they carry no debt, compared to 27% in 2017, just the year before. What are we spending on? According to the   Northwestern Mutual 2018 Planning & Progress Study

With this kind of debt, it may be impossible to ever get ahead short of filing bankruptcy, assuming that your debts are such that can be discharged in bankruptcy.

What Are We Spending On

Revolving credit card debt that is carried from month to month drags down many families, and in late 2018, it reached $420.22 billion. That’s a 5% increase over the year before. The average US household that has credit card debt has about $6,929 in these revolving balances. When high interest debt gets that high, it can be extremely difficult to pay off. Of course, families with credit card debt usually have additional debt. In households which carry any kind of debt, the average balance is $125,768 including their mortgage.

There are various options meant to help those struggling with student loans, and one of these is forbearance, where you can pause your payments due to hardship. 2.6 million Americans with an average student loan balance of $43,538 were taking advantage of that option in the third quarter of 2018. But many do not realize that forbearance adds significantly to the total amount they owe, because interest doesn’t stop. According to NerdWallet, if you have a balance of $43,538 at an interest rate of 5.05% and go into forbearance for a year, you will add $2,199 to your balance owed.

Why Can’t Americans Pay Off Their Debt?

Though unemployment is low, and incomes are growing, many costs are outpacing them. There are several obstacles for Americans trying to pay off their debt, including.

You Need a Plan to Get a Handle on Your Finances

Those in debt, and that’s most of us, need a plan to get a handle on our finances. If you are unable to set up or stick to a budget on your own, consider getting professional financial help. Some other tips include the following:

If you’re struggling to pay your bills, an experienced debt relief attorney can sometimes make all the difference. Not every case has to result in bankruptcy; we’ve got experience in areas like debt consolidation and debt negotiation as well, among other strategies we’ve learned in our years of helping Californians climb out of debt. Get in touch with us for a free, no-obligation consultation to see what we can do for you.

This Holiday Season, Give Your Children the Gift of Good Financial Habits

Section 199A Final Regulations: Does My Business Qualify for the New Deduct...