You are here: Home / Meet Our Attorneys / M. Erik Clark

Erik Clark is the Managing Partner of Borowitz & Clark, LLP, a leading 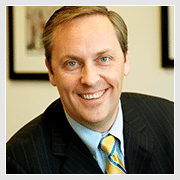 consumer bankruptcy law firm with offices located throughout Southern California. Mr. Clark is Board Certified in Consumer Bankruptcy by the American Board of Certification and a member of the State Bar in California, New York, and Connecticut.

Mr. Clark has been a panelist at the National Conference of Bankruptcy Judges, the Annual Convention of the National Association of Chapter Thirteen Trustees as well as the Annual NACBA Convention and other bankruptcy related seminars throughout the country. During his career, he has represented thousands of clients in Chapter 7 and Chapter 13 bankruptcy cases. He received his J.D. in 1994 from Quinnipiac University in Hamden, Connecticut.

Annual Convention of the National Association of Chapter Thirteen Trustees

The most appealing thing about my job are the clients I meet and being able to help them turn their financial situation around.  These days, if you are facing financial difficulty the related stress seeps into every aspect of your life.  With careful planning, we are able to create a path forward that allows people to put the stress behind them and move forward with a fresh start.

“A hard view of my circumstances forced me to realize that I needed to declare bankrupacy. I was afraid and nervous. I looked for an attorney in my area and read about Erik Clark; I went for an initial consultation. I was impressed, gained confidence, received direction and decided to go forward using the services of Erik Clark.

The experience was quite involved, but I received well organized and easy to follow directions. I felt that I had access to expert help and advise as I need it. I worked through the process and eventually went for my court appearance. It went smoothly as I felt well prepared and well represented.” – Linda

“When I walked in to Borowitz & Clark, I was very unsure of what I should do. I had gotten consultations from other lawyers, but Mr. Clark was able to explain very clearly what options I had and which was best for my situation.

This is why I chose B&C and the process was very streamlined, organized and everyone of their staff was professional and wonderful.” – Rachel

“The staff was great, knowledgeable, clear and concise with all the info. Mr Clark was extremely helpful. The most professional staff anyone could ask for.” – Jaime

Stay Connect With Us