Can I file bankruptcy twice in California? It depends. Borowitz & Clark

Filing for Bankruptcy a Second Time in California: What You Need to Know

Blog
You are here: Home / Blog / Bankruptcy / Filing for Bankruptcy a Second Time in California: What You Need to Kn... 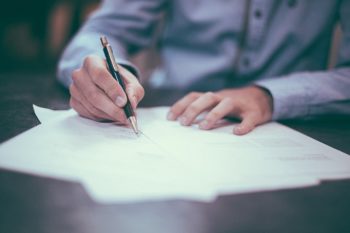 You’ve already filed for bankruptcy once and received your discharge in court. Congratulations, this is a big step!

Your financial fresh start has been going well — but now the bills are starting to pile up again. Maybe it’s a variable rate mortgage, medical expenses, or simply the increasing cost of living in Los Angeles. Whatever the reason, your finances are in jeopardy, and you’re considering filing for bankruptcy again. But how does it work to file for bankruptcy twice in California?

This post lays out the rules and laws regarding a second personal or consumer bankruptcy. You’ll find the answers to these and other frequently asked questions: how soon can I file for bankruptcy again? What’s different about filing a second or subsequent bankruptcy? How common is a second bankruptcy?

Let’s delve into the facts and begin the path to financial recovery.

Filing for a Second Bankruptcy in California

If you are filing for bankruptcy in California, you are not alone. At close to a quarter million annual petitions, California has more bankruptcy cases than any other state, and 97% of these are consumer filings. For most of these filers, bankruptcy will be a once-in-a-lifetime occurrence. But 8% of all bankruptcy filers will return to court in the future to claim bankruptcy once more.

The good news is that if you’re struggling with debt, you are allowed by law to file not only for a second bankruptcy but also a third, fourth, etc., if necessary. The caveat is the waiting period between bankruptcies, an issue for which United States Bankruptcy Courts maintain strict stipulations.

How soon can I file for bankruptcy again?

How soon you can file for bankruptcy again and receive a discharge depends on the type of bankruptcy you filed before and the one you would like to file now. As a consumer, there are two main types of bankruptcy reliefs available to you.

Debtors who file for Chapter 13 “wage earner’s” bankruptcy have greater financial resources and income than those who file Chapter 7. As such, Chapter 13 filers are expected to establish a repayment plan lasting between three to five years with their creditors. The waiting period for filing a second Chapter 13 bankruptcy is much shorter at two years.

Can I file a different chapter of bankruptcy after my first bankruptcy?

In the instance that you would like to file a different type of bankruptcy the second time around, the rules will differ:

Chapter 7 then Chapter 13: Consumers must wait four years from the original filing date of a successful Chapter 7 case to be eligible for a discharge under Chapter 13 in a second bankruptcy.

Chapter 13 then Chapter 7: Consumers must wait six years from the original filing date (if the court granted a discharge under Chapter 13) to be eligible for a Chapter 7 discharge. Exceptions may be granted on a case-by-case basis if 70% of the debt from the Chapter 13 repayment plan has been satisfied or you attempted the plan in good faith.

Facts about Second Bankruptcies in LA

In California, there are a number of steps to take before you file for bankruptcy, including mandatory credit counseling. Filing for bankruptcy is a serious financial decision, but there is life after bankruptcy and you can recover stronger than before. Ignoring the debt is not the answer, as this misguided strategy can have major legal consequences. Instead, consult with a qualified bankruptcy attorney in California to guide you through the process.

Whether you’re considering bankruptcy for the first, second, or subsequent time, Borowitz and Clark may be able to assist. Contact our experienced bankruptcy attorneys in Los Angeles to receive a free case review.

What are Voidable Transfers in California?

Bitcoin and Bankruptcy: What You Need to Know