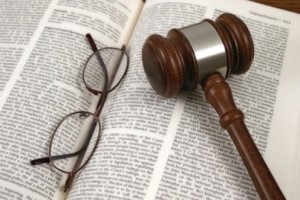 The shocking part, however, is that court statistics show that cases filed pro se have a dismal 0.04% success rate [2], in other words only 1 case out of 2,500 filed without an attorney succeeds. Most self-filers use a bankruptcy petition preparer for some or all of the process because they incorrectly believe, or have been told that they cannot afford an attorney.

In the Central District of California the bankruptcy court sets the fees in Chapter 13 cases. For a non-business case the court approved attorney fee is $4,000 and for a case in which the filer is self-employed the fee is $5,000.  In addition, the court charges a $281 court filing fee.  However, it is not as bad as it sounds.  Most experienced bankruptcy attorneys will fund a large portion of those fees through the case over 36 to 60 months making the amount needed upfront to actually get the case filed rather affordable.  Furthermore, in many cases the attorneys’ fees being paid through the plan of reorganization comes out of the money that would otherwise go to unsecured creditors such as credit cards and medical bills.   In light of the dismal pro se success rate, is it worth the price to not have an attorney?

You can file for Chapter 13 bankruptcy yourself, without the help (or fees) of an attorney. The necessary forms are available online and there are self-help desks in each division of the Bankruptcy Court.  A successful Chapter 13 bankruptcy means that you pay off all of your priority debts (for example, back child support payments and tax debt), any arrears on your secured debts (i.e., the past due amount on your mortgage and/or car payments) and pay all of your remaining disposable income to a Trustee for the 3 to 5 year span of your bankruptcy case. Often a debtor will only pay a fraction of their overall unsecured debt and the bankruptcy discharge will take care of the rest at the end of the case. While the case is pending the automatic stay will prevent a lender from foreclosing on your house, repossessing a car, garnishing your wages or levying your bank accounts as long as you keep up with normal mortgage payments and plan payments. While most people are aware of the benefits to a successful Chapter 13 case, very few seem to realize the work it takes to get there. A successful chapter 13 plan must be confirmed (approved by the court) by the court. If you file pro se, you’ll need to attend court hearings and explain why your plan should be confirmed. If the trustee suggests you pay more into the plan than you can afford, you’ll need a legal justification in order to fight back. You’ll need to monitor your case on the federal court filing system known as Pacer, looking for motions, hearings and possible objections to your case. The preliminary filing alone requires approximately ten documents detailing your financial situation.  Complying with the proper format and paying close attention to detail are extremely important.

Starting to understand why the success rate for Chapter 13 cases filed pro se is just 1 in 2,500?

If your Chapter 13 case is dismissed, like the other 2,499, you will still owe your previous debts, along with any interest that accrued during the period of your bankruptcy. Creditors may once again pursue legal action including foreclosure, repossession and/or garnishment. So, not only will you be carrying all of your previous debts, you will be even further behind. Since you were likely delinquent in your payments prior to filing, you probably will have a difficult time paying again once the case is dismissed.  To add insult to injury, you’ll also be out an additional several hundred dollars in filing and court fees.

Given that grim outlook, let’s look at another option – attorney-represented filing.

Going with a Pro – Major or Minor Leagues?

First of all, we should look at the rate of confirmation of Chapter 13 bankruptcies. Confirmation means you’ve met all the necessary requirements to have the court approve your case.  In the Central District of California, 55% of attorney-represented Chapter 13 cases reach confirmation [2]. These statistics are far better than the dismal 1 in 2,500 success rate for pro se filed cases, however, that is the average confirmation rate for all attorney represented cases.  Attorneys who specialize in consumer bankruptcy often have their cases confirmed at much higher rates.  Working with an attorney means you don’t have to worry about determining which forms to file and when. You don’t have to worry about drafting responses to motions and objections to your case or trying to learn and determine for yourself what the requirements of your bankruptcy case are. Instead, you have a trained professional who has spent a career working through bankruptcy cases to guide you.

There is another option – the Bankruptcy Petition Preparer, or BPP. A BPP helps individuals prepare the necessary forms to file for bankruptcy for a fee of about $200. In fact, most self-filers use a BPP for some or all of the process. This is almost never a good option. There have been problems in recent years with BPP’s taking part in fraudulent ‘foreclosure assistance’ and ‘loan modification’ schemes and charging more than they are legally permitted [2]. BPP’s are not trained attorneys; they are prevented by law from giving you legal advice.  Most BPP’s simply give you the forms and tell you to fill them all out.  Once you return them they type them onto the forms and tell you where to file your case.  Accordingly, filing with the assistance of a BPP is still considered self-filing. That means filing with the help of a BPP has the same 0.04% success rate.

A Small Price to Pay

When you’re in financial straits and out of options, $4,000 for an attorney may seem like a big bill to add an already-overwhelming pile. However, practically speaking that $4,000 is the only chance you have for a successful bankruptcy. Bankruptcy is no joke; if it were easy, there wouldn’t be a need for lawyers. You can file with an experienced consumer bankruptcy attorney for the 55% or higher success rate, or go it alone and almost certainly fail. Isn’t that worth $4,000 or $67 per month?

In an effort to save money some filers try to file on their own figuring they will be that lucky 1 in 2,500 who can do it alone.  They further reason that if their case is dismissed they will then re-file with an experienced attorney.  Beware, that tactic ends up costing a lot more money in the long run because when Congress changed the bankruptcy laws in 2005 they changed the protection you get if you have other cases dismissed within a year of the filing of your new case.  If you have had a case dismissed in the year prior to the filing date you will have to file a motion, and have it heard within 30 days, to have the automatic stay protection extend beyond the initial 30 days.  If you have two cases dismissed within the prior year you will not have any protection by filing until you file a motion to have the protection imposed.  These additional motions will result in additional legal fees.  They way to avoid those fees is to file with an experienced bankruptcy lawyer the first time.

Filing for bankruptcy is a big decision and should not be taken lightly. You should also carefully consider what type of bankruptcy is right for you in your situation. An attorney will be able to help you decide whether you need to file at all and, if you do, the attorney will guide you through the process to make sure you receive the relief you seek.  The court approved attorneys’ fees are a small price to pay when you consider the benefits of successfully completing your Chapter 13 case and the dismal success rate of trying to go it alone.

California’s Wage Garnishment Laws: What You Need to Know

Is Chapter 13 Bankruptcy the Cure for High Interest Credit Cards?