Can a California Marijuana Business file for Bankruptcy?

California Law and the Cannabis Business 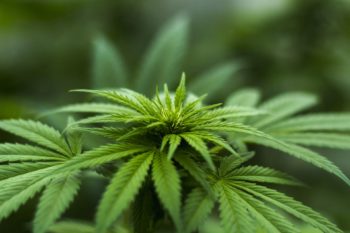 for cannabis businesses. These new regulations bestow some clarity and stability, but at the same time raise the cost of operating a marijuana business in California.  California cannabis businesses face multiple economic challenges, particularly distributors. These include

Whether you are a grower, a distributor or have some other role in the cannabis industry, there is no denying that running a marijuana business in California can be tough. Many licensed companies in the marijuana industry in California are struggling. But should your grower, distributor or hydroponics equipment business fail, you can just file bankruptcy, get organized and start anew, right? Unfortunately, it’s not quite that easy.

Federal Law and the Marijuana Business

Though state-licensed cannabis businesses that play by the rules are legal in California, the federal government takes a much more conservative approach. Under federal law, possessing or selling marijuana violates the Controlled Substances Act 21, U.S.C. §§ 801, et seq. (the “CSA”), notwithstanding their state licenses. There are some very limited uses permitted by the DEA, however, such as scientific use. The  feds have not actively pursued marijuana businesses that operate legally in their states even though they are violating the CSA. However, a Department of Justice memo released by Jeff Sessions on January 4, 2018 indicates that could change.

But that doesn’t mean that marijuana businesses can avail themselves of all the privileges bestowed on other businesses by federal law. Case in point: Should you find yourself in difficult straits with your cannabis-related business and want to declare bankruptcy, you will find it difficult. The Office of the United States Trustee (the “OUST”) has taken the position that a marijuana business cannot seek bankruptcy relief because the business violates the Controlled Substances Act. The OUST also takes the position that anyone renting to a seller or grower is also violating the CSA. Therefore, marijuana businesses and those who rent to them, according to the OUST, cannot seek bankruptcy relief even though they are properly licensed under state law.

Cannabis-Related Bankruptcy Restrictions May Be Expanding

On December 14, 2018, in the case of Way to Grow, Inc., a bankruptcy court in Colorado held that businesses selling horticultural supplies to licensed marijuana businesses may not apply for bankruptcy even if marijuana businesses are only part of their clientele. The court held that the filers were violating Section 843(a)(7) of the CSA which makes it a federal crime to “manufacture” or “distribute” any “equipment, chemical, product or material which may be used to manufacture a controlled substance . . . knowing, intending, or having reasonable cause to believe, that it will be used to manufacture a controlled substance.”

The court further held that the filers could not make any changes to their business in order to cure the CSA violations and be eligible for bankruptcy relief. In other words, they could not just stop selling to the cannabis businesses, because the court said that would be “devastating” to their income. The court found it had to dismiss the bankruptcy case.

What sets this case apart is that the debtor seeking bankruptcy is not a grower or distributor. Neither do they rent premises where those activities occur. They merely sell hydroponic equipment to sell marijuana to businesses licensed in accordance with state law, the same kind of equipment they sell to other clients to grow other kinds of crops.

It’s Not Over Yet

Even though the OUST has taken a position on the availability of bankruptcy relief to marijuana businesses and businesses that sell products and services to them, that does not mean the courts cannot rule on the matter. In an appeal pending before the 9th Circuit Court of Appeals in the Garvin v. Cook Investments case, a bankruptcy trustee is fighting to stop a landlord from declaring bankruptcy because the landlord leased property to a tenant in the marijuana industry. The 9th Circuit’s decision in Garvin will be important precedent in determining where the line of bankruptcy availability should be drawn for businesses related to the cannabis industry.

Section 199A Final Regulations: Does My Business Qualify for the New Deduct...

Negotiating with Creditors and Debt Collectors