5 Things to Know about the Freedom Debt Relief Lawsuit 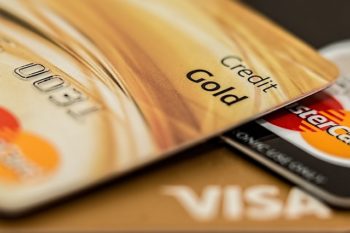 If you live in California and you’ve had a little trouble paying your bills, you’ve probably heard of Freedom Debt Relief. The San Mateo, California company is part of Freedom Financial Network and the largest debt-settlement services provider in the United States. It’s also one of the most deceiving companies out there, at least according to the Consumer Financial Protection Bureau (CFPB), which filed suit against Freedom Debt Relief and co-CEO Andrew Housser on November 8, 2017.

The CFPB alleges that Freedom has charged consumers without settling their debts, misleads them about fees and services, and makes their customers negotiate their own settlements. The company also allegedly fails to inform customers about their rights to the funds they’ve deposited with Freedom.

Doesn’t sound very “free,” does it?

Here are five things you need to know about the Freedom Debt Relief lawsuit.

Freedom tells those who’ve enrolled in its debt-settlement program that it’s successfully negotiated and settled $7 billion in debt for 450,000 consumers. It finds customers via telemarketing efforts, learning more about their debt and who their creditors are. Those who enroll in Freedom’s program must deposit money into dedicated accounts that Freedom could use to make settlement offers to creditors that are less than what the customer owes. After the debt is settled, Freedom collects an 18% to 25% fee off the amount of debt the consumer owed when he or she enrolled in its program.

The problem with debt-settlement offers is Freedom allegedly does not let consumers know about the many obstacles to negotiating with creditors. It doesn’t actually have much negotiating power, the CFPB claims, as several major creditors have non-negotiation policies with debt-settlement companies, including Chase, Synchrony Bank, Discover, American Express, and Macy’s. In turn, that means consumers may be paying Freedom to end up negotiating their debt themselves.

When customers do negotiate debt themselves, Freedom allegedly tells them expressly to mislead their creditors when asked if they were enrolled in a debt-settlement program. Freedom also allegedly instructs customers to say their settlement funds came from family or friends, or the sale of property — not through Freedom’s loan program.

2. Freedom allegedly deceives customers about its services — even when they don’t need them

Freedom tells its customers that it has 200 or so experienced negotiators dealing directly with creditors; however, upon enrollment and depositing of funds in Freedom’s accounts, customers may only get guidance on settling their debt on their own. Freedom claims that they make customers aware of this, but in some cases, Freedom doesn’t even communicate with creditors — let alone negotiate.

According to the CFPB complaint, Freedom also has approved customers’ enrollment in its program “even if they were not delinquent on any debts at the time of enrollment. Freedom did not independently verify hardship claims or require consumers to provide supporting documentation for hardship claims as part of its underwriting efforts.”

We mentioned the 18% to 25% fee Freedom charges its customers. So, if a customer is trying to negotiate $10,000 in debt, Freedom may take up to $2,500 — all for some simple coaching, most likely, instead of actually negotiating the debts on behalf of the customer. That’s a 25% fee for advice, not action.

If that weren’t enough of a red flag, the CFPB claims that Freedom falsely tells consumers that it charges them only when they negotiate a debt settlement and when consumers make a payment under a settlement’s terms. However, even when creditors stop collection efforts without a negotiated settlement, Freedom still charges its full fee.

4. Freedom allegedly does not disclose consumers’ rights to their funds

If a customer leaves Freedom’s debt-settlement program, he or she allegedly is not informed clearly that they are entitled to retrieving the funds in their accounts.

According to the CFPB complaint:

“While Freedom’s Debt Resolution Agreement explained that consumers could withdraw from the program and terminate the agreement, it did not notify consumers that if they withdrew from the program, they would receive all funds in their accounts, minus any fees that Freedom had already earned.”

5. Freedom won’t be let off the hook for its alleged actions

All that bad news aside, the good news is that the CFPB, under the Dodd-Frank Act, has the authority to take action against Freedom Debt Relief and other institutions who violate consumer financial protection laws by being deceptive or abusive to consumers. CFPB’s complaint seeks monetary relief, injunctive relief, and civil penalties from Freedom Debt Relief.

It’s important to note that CFPB’s complaint is not a ruling that Freedom has actually violated the law. Freedom also intends to fight back, saying the CFPB “fundamentally misunderstands” its business and how debt settlement works. The company says it also is unaware of any complaints from customers directly to the CFPB, though the CFPB complaint mentions news broadcasts and stories of consumers complaining about Freedom and its practices.

What to Do if You’ve Worked with Freedom Debt Relief

We understand that when you’re in debt, you may feel that you have nowhere to turn. The catchy ads and dollar signs from a big company may sway you to think of working with a company like Freedom Debt Relief — but debt-settlement companies do not always tell you the whole story.  A local bankruptcy attorney may be a better option for you. He or she can help you file for Chapter 7 or Chapter 13 bankruptcy protection.  In most Chapter 7 cases you get to keep all of your property and in Chapter 13 cases you often pay pennies on the dollar for you debt. No huge fees, and no misleading promises.

Borowitz & Clark has helped over 44,000 consumers in Los Angeles, San Bernardino, Riverside, Orange and Ventura counties find actual financial freedom through bankruptcy. We are upfront and honest with our clients, and can determine if bankruptcy is right for you.

Holiday Spending: What You Should Know about Rewards Credit Cards