Blog
You are here: Home / Blog / Debt Collection / Default Judgment: What It Means For You 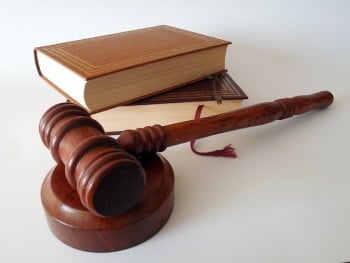 Being in debt over your head is frustrating and upsetting. You have to deal with the collection calls and the damage to your credit score and it can all feel overwhelming. You’re probably getting a lot of mail related to your debts, so it’s easy to just toss it all. However, there are certain notices that you should never throw out. Otherwise, you run the risk of a collector getting a default judgment against you for collection.

When Your Debts Go To Collection


Collection is the next stage for debts that have not been paid on time. If a debt is significantly delinquent, the company will usually write it off as a loss and sell it over to a collection agency. The collection agency then makes their best effort to recover the money that is owed. Different lenders and creditors have various policies, but many credit card accounts, for example, are sent to a collection agency after they haven’t been paid for 180 days. The original creditor may report your account to a credit bureau as being in collections, but you won’t necessarily be notified.


Debt collectors will typically start by calling you and sending you letters asking you for payment of the debt. If that doesn’t work, they may file a collection lawsuit against you. When that happens, you’ll receive notice of the lawsuit in the mail. That’s why you have to check all the mail from a debt collector – ignoring a collection lawsuit can have serious consequences.

What Is Default Judgment?

When you’re served with a lawsuit, you have a specific amount of time within which to respond – it’s usually 30 days in California. The notice you receive will tell you when you need to file your response. If you don’t file a response, the court will automatically decide in favor of the collection agency that filed the lawsuit – that’s a default judgment. You lose the lawsuit by default and the collection agency can then ask the court to garnish your wages, levy your bank accounts, or place liens on your property to ensure that you pay the debt.

How To Handle Default Judgment


If the court has entered a default judgment against you, there are a couple of ways you can handle it. You could ask the court to set the judgment aside, you could try to settle the debt, or you could file a bankruptcy.

Asking The Court To Set Aside The Default Judgement

If you believe that the default judgment should never have been entered against you or that there was some other error in play, you could ask the court to “set aside,” or wipe out, the default judgment. A judge may be willing to reopen the issue if there was fraud involved, if there’s new evidence since the case was filed, if you never received notice of the lawsuit, or if you didn’t file an answer to the original complaint because of “excusable neglect.” Missing the court date because of serious illness or because a court officer gave you incorrect information, for example, would be considered excusable neglect. Forgetting about or ignoring the case does not qualify as excusable neglect.

If there is no reason to set the judgment aside or if you asked the court to set the default judgement aside and were unsuccessful, you may try settle the judgment on your own. When you settle a debt, you pay a lump sum or make a series of payments for less than the total amount you owe, but the collection agency agrees to consider the debt paid. You’ll need to negotiate with the collection agency to determine what they’ll accept as a settlement. Note that you can also attempt to settle the debt before they file a collection lawsuit.

If you can’t set aside or settle the default judgment, you may consider filing a bankruptcy. A bankruptcy will stop all collection actions, including wage garnishment, while you work with the court to reorganize your finances. You may be able to wipe out a judgment debt completely in bankruptcy, depending on the type of bankruptcy you file and the type of debt that originally led to the judgment. Filing a bankruptcy before a default judgment is entered will also stop the collection lawsuit and force that creditor to deal with you through the bankruptcy court, rather than through the lawsuit.

If you’re facing a collection lawsuit or have received a default judgment, we may be able to help. Contact us today for a free case evaluation and consultation to learn more about your options for dealing with debt.

Can You Go to Jail for Debt in California?

Skipping Town To Get Out Of Paying Back Student Loans