You may stop working, but the bills won’t stop coming. In retirement, some people live off of pensions and other kinds of retirement income. If nothing else, almost everyone receives Social Security benefits. Unfortunately, that may be too little. 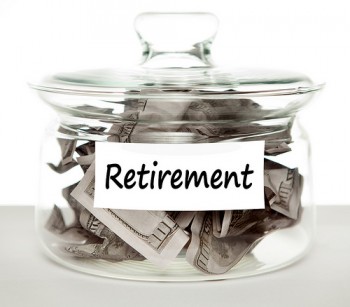 The Rufus and Karen Suttice lived a full, busy life together and quietly retired in California. With their advanced age and medical problems, their retirement income wasn’t enough to make ends meet. They declared Chapter 7 bankruptcy.

The trustee accused the Suttices of abusing chapter 7 bankruptcy. He asked the court to dismiss their case under 11 U.S.C.A. § 707(b)(3)(B), which allows for dismissal if the totality of the circumstances indicates abuse of the bankruptcy system. He argued that the income remaining after expenses would allow the Suttices to pay their creditors through a Chapter 13 payment plan, thereby rendeering the Chapter 7 filing unnecessary and abusive.

Debtors who can fund a Chapter 13 plan to pay back some or all of the debt owed to their creditors may not file for Chapter 7 bankruptcy. Under § 707(b)(3)(B), the court examines the totality of the circumstances to determine whether debtors are abusively filing Chapter 7. The totality of the circumstances includes several factors, such as whether the debtors had sufficient future income to warrant a Chapter 13 plan, taking into account income and expenses.

By the trustee’s accounting, Rufus and Karen earned a combined monthly income of around $8,000 from retirement accounts, pensions, Veteran Affairs benefits, and Social Security. After paying their expenses, they had less than $1,000. The Suttices received just over $1,000 monthly in Social Security benefits. The trustee argued that those benefits should be counted as part of the Suttices’ disposable income. The Suttices argued that their benefits were exempt.

The Bankruptcy Abuse Prevention and Consumer Protection Act of 2005 (BAPCPA) specifically excludes Social Security income from the calculation of monthly income. § 101(10A)(B). The Social Security Act itself exempts Social Security benefits under § 407(a): “none of the moneys payable or rights existing under this subchapter shall be subject to… the operation of any bankruptcy or insolvency law.”

Social Security income can only be included in the bankruptcy estate if the debtor volunteers it. In re Carpenter, 614 F.3d 930, 936 (8th Cir. 2010). Not only is that the case today but Congress specifically provided that “no other provision of law, enacted before, on, or after April 20, 1983, may be construed to limit, supersede, or other wise modify the provisions of this section.” § 407(b). Unless Congress specifically decides to change the Social Security Act, no other laws can affect this treatment of Social Security Income.

The Suttices’ ability to fund a Chapter 13 plan was “predicated solely on their voluntary remittance of social security benefits to the plan.” Id. at 254. In other words, without volunteering to contribute their social security income, they would be unable to fund a Chapter 13 plan. If they chose not to volunteer, their Social Security income would not be considered.

According to the court, the Suttices could not fund a Chapter 13 plan when they filed and their expenses would only grow as they aged. Mr. Suttice, a thirty-year veteran, suffered from two leaking heart valves and was “under frequent medical observation and treatment.” Id. Mrs. Suttice had a degenerative eye condition; she had lost one eye and expected to lose the second within a few years. Id. The court worried that “there [would] come a point, much too soon, where every penny they [made would] most likely be used for their basic living subsistence.” Id. at 255. The Suttices would have less and less capacity to fund a Chapter 13 plan going forward.

In addition to the debtors’ ability to pay, the court evaluates disability or calamity and whether the debtors live beyond their means. Both of the Suttices had serious medical bills and high living expenses due to their health problems; they had a “strong, legitimate need to file for bankruptcy.” Id. The court found no evidence that they had made unreasonable purchases or lived an extravagant lifestyle. Id. They also made no unreasonable purchases on the eve of bankruptcy, which may be a sign of abuse by debtors hoping to discharge the cost of those purchases. Id. at 256.

To make a long story short, Social Security income is exempt from bankruptcy proceedings unless the debtor volunteers to contribute it. The Suttices needed every penny for their medical bills and living expenses. They weren’t trying to take advantage or abuse the system and they were treated as honest debtors. The law recognizes the value of Social Security benefits to retirees, whether they have other income or not. Even in bankruptcy, your Social Security benefits are safe.