California's Wage Garnishment Laws: What You Need to Know 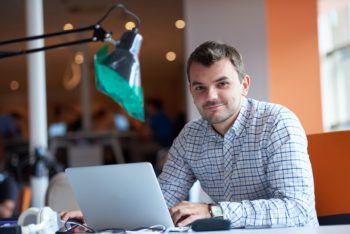 If you have defaulted on debt, then your creditors may sue you to obtain a “wage garnishment.” A wage garnishment is where your employer deducts money from your pay and then delivers that money to your creditors. The type of debt that you owe will determine how much can be taken, who can claim it, and whether you have a chance to go to court first. In California, wage garnishment is subject to a number of state laws designed to protect your rights and your livelihood — but it can still take a serious chunk out of your paycheck.

Learn more about wage garnishment in California below.

How does wage garnishment work?

For most types of debt, your creditors must have a judgment against you in order to have your wages garnished. This means that you must be sued in court (and lose) before a creditor can have your employer deduct money from your paycheck. However, there are some situations, such as child support and unpaid taxes, in which you may face garnishment even without a court proceeding.

When you’re sued for collection, it gives you a chance to defend yourself. You can argue that the party suing you doesn’t have the right to collect, that they’re asking for the wrong amount, or that you’ve already paid. If you don’t fight back, however, the court will enter a default judgment against you and you’ll be stuck with it. After the court has rendered a judgment against you, the creditor that sued you will notify your employer of the judgment.  If your employer receives a court order stating that your wages are to be garnished then your employer is legally required to follow it. In fact, your employer would be guilty of a crime if they did not garnish your wages after receiving an order.

Your employer is required to inform you that they will garnish your wages by sending you a copy of the wage garnishment order, called an Earnings Withholding Order. After you receive that notice, you have the option of challenging the garnishment order in court. In other words, it’s not going to take you by surprise and you’ll have a chance to defend yourself.

Your employer is responsible for deducting the appropriate amount from each of your paychecks and sending it to your creditor. This will continue until the debt has been paid.

How much of my wages can be garnished in California?

Note that there are different rules for certain kinds of debt, including child support, unpaid taxes, and student loans.

If you owe money to support a child, then as much as 65% of your disposable earnings can be deducted. Up to 60% of your wages can be garnished for child support, but there is an additional 5% penalty that can be applied if you have missed payments for more than 12 weeks.

However, if you are currently supporting a child other than the child who is being supported by your garnished wages, then the maximum is 50%, but again there is the possibility of a 5% penalty if you have missed over 12 weeks of payments, for a total of up to 55%.

If your tax debts are owed to the state of California, they can garnish up to 25% of your disposable earnings. The IRS doesn’t have a limit; instead they use a complicated formula involving your dependents and deductions to determine how much of your check you get to keep. If you have unpaid taxes, you should consult an attorney to learn exactly how much of your wages may be at risk.

What does “priority” mean in reference to wage garnishment?

Priority refers to who gets paid first when your wages are being garnished to pay more than one debt. If you have more than one wage garnishment against you, then the first party to achieve a garnishment order has priority. However, wage garnishments for support payments (child support or spousal support) have priority over all other garnishments, regardless of when they were ordered. This means that your wages are deducted for child support before they can be deducted for other debts.

It is important to note that the maximum wage garnishment percentages discussed above apply no matter how many garnishments that you owe. Thus, if you have lost a lawsuit to two different creditors, the maximum amount that your wages can be deducted remains 25%, and therefore that 25% must be split between your creditors.

How to Stop Wage Garnishment in California

You have options for stopping the wage garnishment. First, try to work with your creditors. Garnishing your wages is expensive and labor-intensive for them and they are often willing to work out a payment plan with debtors. Even if they’re not willing to work with you, you still have options. You may want to seek help from a consumer credit counseling service. These non-profit organizations can help you negotiate a payment plan with creditors. Once creditors agree to such a payment plan, they can no longer garnish your wages.

In some cases, you won’t be able to reach an agreement and the garnishment process will continue. If your creditors are required to sue before they can garnish your wages, you can respond to the lawsuit and argue your case in court. For example, you can require that the creditors show proof that you actually owe them a debt. Many creditors don’t have the necessary proof, especially in cases where a debt collection firm is involved.

California law also allows you to object to a wage garnishment on the basis of hardship. It’s called the “Necessaries of Life” exemption and it applies where the wage garnishment would prevent you from providing yourself or your family with basic necessities like food and shelter. You can’t use the necessaries of life exemption if the garnishment is for child or spousal support or to pay a debt that was used to purchase the necessities of life. In other words, you can’t use the exemption if the garnishment is meant to pay back rent. In general, you have to claim this exemption at the original hearing. However, you can claim it later if your circumstances change significantly. If you lose your job after the garnishment starts, for example, you can then claim the exemption even if you’ve already had a hearing.

Even if your creditors can prove that you do owe a debt and you don’t qualify for an exemption, you still have options. Once it arrives at your workplace, you can challenge the garnishment order on a number of grounds. When you challenge the order, you’ll be able to schedule a court hearing and plead your case. For example, the court will stop the garnishment if you can show that the creditor is taking too much of your paycheck, that the creditor didn’t follow proper procedures, or that the debt is already paid off.

Seek Help from a Bankruptcy Attorney

If you have any questions or concerns about wage garnishment, you should consider speaking with an experienced attorney at our law firm. Borowitz & Clark is one of the leading consumer bankruptcy law firms in California, and our attorneys have helped thousands of people in debt. We are intimately familiar with debt collection laws and can use this knowledge to your advantage. Contact us today for a free debt evaluation.

Where are Los Angeles’ Bankruptcy Courts? Will I Have to Go?

Judgment Proof in California: Can My Creditors Sue Me?