Bankruptcy Fraud: What You Need to Know | Borowitz & Clark

What is Bankruptcy Fraud? The Importance of Being Honest

Blog
You are here: Home / Blog / Bankruptcy / What is Bankruptcy Fraud? The Importance of Being Honest 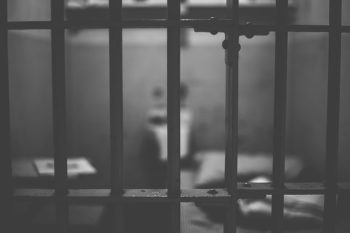 Between July 1, 2017 and June 30, 2018, more than 750,000 Americans filed for bankruptcy under Chapter 7 or Chapter 13 for nonbusiness debts, including nearly 65,000 here in California. Almost all of those people are honest hardworking Americans, and for them the bankruptcy process represents a welcome reprieve from overwhelming debt and overbearing debt collectors.

But for a very small subset of those that file, bankruptcy is a tool for committing fraud. Whether by running up credit card debt with no intention of ever repaying it, hiding assets from the bankruptcy court and creditors in an effort to keep them, or using bankruptcy to hide other types of fraud, these individuals abuse the bankruptcy process for illicit personal gain.

The consequences for such behavior are severe, ranging from denial of a bankruptcy discharge to prosecution for a federal felony. Even inadvertent mistakes when filing bankruptcy may lead creditors or the bankruptcy trustee to allege fraud, prolonging the bankruptcy process and making it significantly more complicated and stressful.

To help our readers understand the importance of being honest and transparent when filing for bankruptcy, this post describes some common forms of bankruptcy fraud and the potential consequences dishonest filers (or creditors, for that matter) face.

The Impacts of Dishonesty in Bankruptcy

Whatever the reason for an adversary proceeding, the bankruptcy court has several tools at its disposal for dealing with bankruptcy fraud, including:

As serious as these consequences are, they are a slap on the wrist compared to another penalty for dishonesty in bankruptcy: prosecution for a federal crime.

Bankruptcy Fraud is a Federal Felony

18 U.S.C. § 152 makes it a federal crime to knowingly and fraudulently do any of the following in a bankruptcy case:

And, although we’ve been using the phrase “bankruptcy fraud” in a general sense to refer to all kinds of dishonest behavior in the bankruptcy process, that’s actually the name of a specific type of crime defined in 18 U.S.C. § 157. That section makes it a crime to use a bankruptcy filing to commit or conceal a “scheme or artifice to defraud.”

For example, section 157 has been used to prosecute businesses that promise consumers help avoiding eviction when they are unable to pay their rent, but secretly just file bankruptcy in the consumer’s name, abusing the automatic stay to temporarily prevent eviction.

A person convicted under either of these sections can face up to five years in prison, fines of up to $250,000, or both.

Whenever you’re dealing with the government—or engaging in any kind of financial transaction, for that matter—honesty is critical. Bankruptcy combines those two areas, making total honesty and transparency all the more important.

Of course, most people who file for bankruptcy are honest, but opportunistic creditors won’t always see it that way. They may latch onto any misstep in the bankruptcy filing process and claim it shows an intentional effort to abuse the system.

For help ensuring that your bankruptcy filings are accurate and complete so you can avoid even the appearance of dishonesty, you should work closely with an experienced bankruptcy attorney. If you live in Los Angeles or elsewhere in Southern California, you can contact one of the attorneys at Borowitz & Clark today for more information and to schedule a free consultation.

Bitcoin and Bankruptcy: What You Need to Know

How Can an Inheritance Affect My Chapter 7 Bankruptcy?