You are here: Home / Meet Our Attorneys / Nancy B. Clark 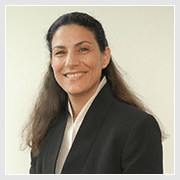 Nancy B. Clark is a partner at Borowitz & Clark, LLP. During her career she has represented thousands of debtors in bankruptcy cases throughout the various divisions of the Central District of California.

Ms. Clark has successfully argued cases before the Central District of California Bankruptcy Courts and the Ninth Circuit Court of Appeals. She was the first recipient of the Thomas B. Donovan Excellence Award awarded by the Central District Consumer Bankruptcy Attorneys Association (CDCBAA) to attorneys or judges for excellence in writing or advocacy; service to the court; and/or service to the bar. Ms. Clark has conducted numerous seminars on consumer bankruptcy, and was recently published in Federal Lawyer Magazine. She currently serves as Vice President of the CDCBAA.

Ms. Clark graduated from California Western School of Law in 1999 and has been a member of the California Bar Association since 2000. She received the Pro Bono Publico Distinguished Service Award from the San Diego Volunteer Lawyer Program in 1998 in recognition of her outstanding contribution of legal services to the indigent community in San Diego.

Stay Connect With Us