What are Voidable Transfers in California? | L.A. Bankruptcy Lawyers

What are Voidable Transfers in California?

Blog
You are here: Home / Blog / Bankruptcy / What are Voidable Transfers in California? 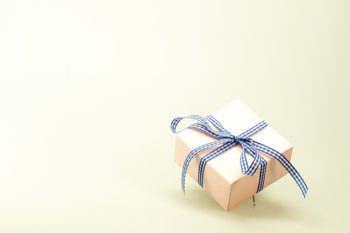 Desperate times call for desperate measures, or so the saying goes. When you find yourself low on cash and beset by debt collectors, it can be tempting to try to protect whatever property you do have by transferring it to someone else.

But you should resist that temptation. Both California law and the U.S. Bankruptcy Code have provisions that let creditors undo such transfers. And under California law, making a fraudulent conveyance is a crime.

In 2015, California enacted the Uniform Voidable Transactions Act (or UVTA). The UVTA replaced a similar law called the Uniform Fraudulent Transfer Act. Under the UVTA, a creditor can void a transaction between a debtor and another party if the debtor:

A transfer can even be undone by a subsequent creditor if the transfer was made with the actual intent to hinder, delay, or defraud (and in certain other circumstances). In general, creditors have four years from the date of a transfer to undo it under the UVTA. If they don’t discover it until more than four years later, they still have one year to undo it, so long as no more than seven years have passed.

In other words, if you have more debt than assets and give away your property, your creditors can go to the person you gave the property to and demand it back—even if the transfer was as much as seven years ago. So, in California, giving away your property is not a good strategy for protecting it against creditors.

But note that the UVTA does not let a creditor undo a transaction in which you received “reasonably equivalent value.” In other words, you are still allowed to sell your property so long as you receive an adequate price for it.

Like creditors under the UVTA, the bankruptcy trustee can avoid such transfers and take back the property from whomever you gave it to. But the trustee’s power is limited to fraudulent transfers within the last two years.

The Crime of Fraudulent Conveyance

And then we come to an even bigger potential problem: In California, it is a crime to fraudulently sell, convey, assign, or conceal property with the intent to defraud, hinder, or delay a creditor of its rights, claims, or demands. The crime of fraudulent conveyance is a misdemeanor, punishable by a $1,000 fine or up to one year in jail or both.

If the property is stock in trade—i.e., inventory in a business—with a value of greater than $250, then the crime is a felony, meaning you could be sent to jail for more than one year.

The Right Way to Protect Your Property Against Creditors

All that said, it is possible to protect your property against your creditors—through bankruptcy. After you go through a Chapter 7 or Chapter 13 bankruptcy, you will receive a discharge. The discharge legally excuses you from your remaining unsecured debts. And, although in a Chapter 7 bankruptcy the trustee is supposed to sell your assets to pay off your creditors, most debtors can fully protect their property through California’s generous bankruptcy exemptions.

Borowitz & Clark is a leading consumer bankruptcy law firm serving the Los Angeles area and all of Southern California. We help Californians just like you negotiate debt or file for bankruptcy to get a fresh start financially. If you’re struggling to pay off your debt and would like to investigate legal ways to protect your property, contact us for a free consultation.

Want to Work from Home? Beware of Pyramid Schemes

Supplementing Your Income in L.A.: Selling Your Stuff Online and Offline