Can I Transfer My Property Before Bankruptcy in California? 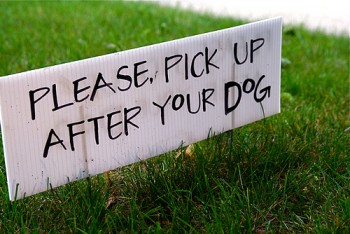 When bankruptcy and civil lawsuits mix, the results can be ugly. Catherine, a California resident, had two lawsuits and two bankruptcies on the table. When creditors came after her house, she decided to go down swinging.

It All Begins With a Disagreement Among Neighbors

Really, Catherine had been swinging all along. To put it lightly, Catherine did not get along with her neighbors. She spent twenty years on what the court called a “campaign of harassing and tormenting” them. Wallace v. Cass, 2008 WL 626475 (Cal. App.4th, 2000). She blared loud music and made other loud noises in the middle of the night and while her neighbors were in their backyards in an attempt to disturb them. She took her dogs to the neighbors’ front lawns to defecate. When children or grandchildren came to visit, she released these large, vicious dogs into her yard to bark and snarl and throw themselves at the chain link fence to scare the children.

Worst of all, Catherine posted signs making outrageous accusations against her neighbors in her front yard so the whole neighborhood and anyone passing by could see. One sign accused her neighbors of deliberately poisoning her plants, which they had not. Another claimed that they abused elderly people, of which they were also innocent. She also put up a sign that read, “Milosevic Next Door” and alleged that her neighbors were discriminating against her due to her Jewish heritage. Her signs accused her neighbors of both criminal and civil misdeeds and seriously damaged their previously unblemished reputation in the neighborhood. One of her neighbors worked from home and her marriage-counseling business suffered because the signs upset clients. Eventually, the neighbors had enough and they filed suit for defamation and nuisance.

Catherine Transfers Deed to Her House to Her Daughter, Then Files Bankruptcy

While this lawsuit was pending, Catherine transferred the deed to her house over to her daughter. She kept a “life estate” in the house, meaning that she could live there until she died, and her daughter agreed to return the deed on request. So, while Catherine continued to occupy the house, legal ownership passed to her daughter. A year after that, she filed for Chapter 13 bankruptcy.

Her neighbors then brought a second lawsuit to set aside the transfer of her house as fraudulent. Id. at 1. They believed they were going to win their defamation suit and were concerned that Catherine wouldn’t be able to pay. They felt that she had transferred the house in order to make herself “judgment-proof.” A person is judgment-proof when she has no assets, so that even if plaintiffs win a judgment against her, they won’t be able to collect.

At the end of 2005, Catherine lost the defamation suit to the tune of $320,000. Id. She appealed. After a year, while waiting for her appeal to go through, Catherine filed for bankruptcy again, this time under Chapter 7. Then the judgment against her for $320,000 was affirmed.

Continuing her string of bad luck (or bad karma), two months later the court ruled that the transfer of Catherine’s house to her daughter was void. In re Cass, 476 B.R. 602, 607 (C.D. Cal., 2012). So, she was still considered the owner of her house in the eyes of the law and it could be sold to pay her debts to her neighbors. Determined to fight to the bitter end, Catherine appealed again – for the last time. Before the appeal was decided, she died.

With Catherine dead, her life estate in her house expired and full ownership fell to her daughter under the terms of the transfer. That meant that her estate had no money with which to pay the $320,000 judgment against her. If the transfer were deemed void on appeal, the ownership of the house would fall to Catherine’s bankruptcy trustee. He would then sell it and use the proceeds to pay Catherine’s creditors. Catherine had transferred the house to her daughter in the hopes of keeping it safe from the judgments against her.

At common law, the centuries-old body of laws and rules that we inherited from England, fraudulent transfers are considered void. Id. at 614. The court treats the transfer as if it had never happened. That means that a legal claim against the transferred property (Catherine’s house in this case) will still be enforced even though she had tried to give that property away. Id. at 615. This is meant to stop people from transferring property to friends and family in an attempt to prevent its sale during a Chapter 7 liquidation. The court stated that a person who receives fraudulently granted property “holds only an apparent title, a mere cloak under which is hidden the hideous skeleton of deceit, the real owner being the scheming and shifty judgment debtor.” Id. at 615, quoting Cortez v. Vogt, 52 Cal.App.4th 917, 936 (1997). The court held on appeal that the transfer of the house was void and ownership fell to the bankruptcy trustee. After a 20-year feud, Catherine’s neighbors finally received compensation.

That judge said it all – shifty, scheming Catherine transferred her house in order to avoid a judgment. She executed her plan like a game of chess. First she tortured her neighbors, and then when they started to fight back she filed for bankruptcy to slow down their lawsuit. Meanwhile she handed off her house to her daughter so it would be protected from judgments against Catherine and from her bankruptcy proceedings. With the house safe (she hoped), Catherine’s first bankruptcy was dismissed. When the court judged in favor of the plaintiffs for $320,000, Catherine declared bankruptcy again. She died before any final judgment could be passed against her. Unfortunately for her estate and her daughter, the court saw through the scheme and declared the transfer void. The bankruptcy trustee sold Catherine’s house and paid her neighbors. Postmortem justice is better than no justice at all.