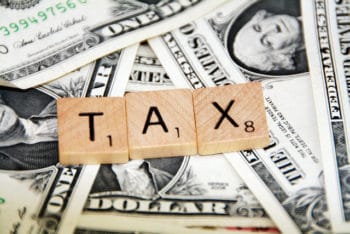 You may be under the impression that debt only impacts certain people – usually those with low income. However, even very wealthy people can struggle with debt and need bankruptcy protection. Tax debt can be especially tricky. Just ask F. Lee Bailey.

Bailey Vs. The IRS

Attorney F. Lee Bailey gained fame as an attorney for OJ Simpson in his criminal trial involving the murder of Simpson’s ex-wife Nicole Brown and her friend Ron Goldman. Bailey was involved in another high-profile case in the 1960s that reversed Dr. Sam Sheppard’s conviction of the murder of his pregnant wife where Sheppard received an acquittal at the second trial. He also represented Albert DeSalvo, who claimed to be the Boston Strangler.

Bailey recently filed for bankruptcy in Maine in an attempt to discharge IRS debts of more than $5 million from his 1993-2001 tax returns.

Tax debts can be some of the most complicated and frustrating debts to deal with as they are not typically dischargeable by bankruptcy. Like child and spousal support, student loans, and some personal injury awards, you can only get rid of tax debt by paying it off.

The IRS rules are very complicated – there’s a reason that lawyers and accountants specialize specifically in tax! That means you may not even know why they’re claiming you owe a debt. The first step when you receive notice from the IRS is to reach out to them. Contact them and ask where they got their numbers from and how you can go about dealing with it. You can dispute their assessment if you believe they’re incorrect. Depending on the amount in question, it may be worthwhile for you to fight the debt in court, like Bailey. Otherwise, you’ll have to start figuring out a way to pay.

For F. Lee Bailey, that’s no easy feat. he has to come up with millions of dollars and he’s retired. He’s arguing that his age makes it impossible for him to get that much money together at once, meaning he should get a break. If you can’t manage your tax debt, you may be able to work with the IRS to make a good faith effort to pay or set up a payment plan.

Either way, you need to start dealing with your tax debt as soon as possible. If you don’t, the IRS can escalate and start garnishing your wages or putting liens on your property. And unlike other creditors, the IRS does not have to go through the courts to start collecting – they can simply do it.

Bailey filed for bankruptcy protection in order to get out of his multi-million dollar tax obligation. Is that a good option for others dealing with tax debt?

The answer depends on your particular situation. In order to have your tax debt discharged in bankruptcy, you have to meet all of these criteria:

For the average person, these criteria may not be too hard to meet. As long as the debt is old enough and you didn’t use fake or misleading informatino, you may be just fine.

The situation, however, can be a lot more complicated. If you used a fake name, for example, or tried to hide money from the IRS, you may be stuck with that debt even in bankruptcy. Bailey is facing that kind of problem – he’s been accused of hiding money earned during his legal career and never paying the appropriate taxes. He disputes that claim, which has led to a long and expensive court battle.

Anyone Can Find Themselves in Serious Debt

Bailey has had an extremely successful career as a lawyer, earning millions of dollars over the course of his life. However, even that amount of money wasn’t enough to keep him out of debt. Like many other Americans, he has found himself owing the IRS – although most of us don’t owe anywhere near $5 million.

If you find yourself in debt, the key is to be proactive and start addressing it immediately. Contact the IRS to get the basic information and then contact an experienced attorney or accountant to determine whether the IRS assessment is accurate and what you can do about it. If the debt is more than you can handle, bankruptcy may be a good option for wiping it out. Tax debt is no joke – even millionaires can’t get away from the IRS. So get the professional help you need to get that debt under control.

What to Know About California Bankruptcy Court’s Home Loan Modification...