Big Banks Are Jumping Back Into the Payday Loan Market

Blog
You are here: Home / Blog / Payday Loans / Big Banks Are Jumping Back Into the Payday Loan Market 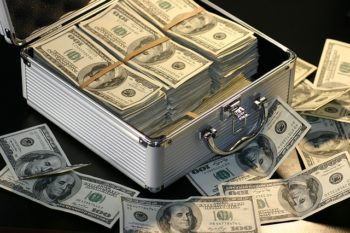 In late September, the New York Times ran a story about how major banks in the U.S. are beginning to offer “an alternative to payday loans.” The Times focuses on a new offering from U.S. Bank, which the bank has branded “Simple Loans.”

As with payday loans generally, U.S. Bank’s Simple Loans are designed to look like a good deal at first glance. Customers get money to pay bills now and agree to pay it back with their future paychecks.

But, also like payday loans, the devil is in the details of this new breed of big bank payday loans. After considering the fees required to take out the loan, these loans cost much more than traditional forms of credit. As such, they remain a bad deal for consumers—especially consumers already struggling to make ends meet.

As the New York Times article points out, banks like U.S. Bank and Wells Fargo “for a time offered so-called deposit advance loans,” but they “abandoned the loans after regulators clamped down on them in 2013.”

The Times doesn’t go on to explain, but it’s likely referring to actions taken by the Office of the Comptroller of the Currency (OCC), which regulates national banks, and the Consumer Financial Protection Bureau (CFPB), which regulates businesses to protect consumers. The former issued guidance to banks regarding deposit advance loans in 2013, and the latter issued a report warning that it would soon start regulating them.

Specifically, in 2013 the OCC published guidance on the use of what it termed “deposit advance products.” The OCC found that such products “can pose a variety of credit, reputation, operational, compliance, and other risks.” In particular, the OCC pointed out that deposit advance products “share a number of characteristics seen in traditional payday loans,” including:

These factors increased “the risk that customers may end up using what is marketed as a short-term credit product [in a way] that results in debt over an extended period of time,” because consumers would be forced to take out new loans to cover the other bills they were unable to pay because of their lump-sum repayment.

The OCC warned that it would begin reviewing banks’ deposit advance products to ensure they were appropriately managing those risks.

The same year, the CFPB published a report on payday loans and deposit advance loans. Like the OCC, the CFPB determined that, although such products can be helpful to consumers in some cases, they “may become harmful for consumers when they are used to make up for chronic cash flow shortages”—something that happened in “a sizable share” of the transactions the CFPB analyzed.

Based on its findings, the CFPB warned that it expected to “use its authorities to provide [consumer] protections” in future regulations.

About a year ago, the CFPB made good on its warning by issuing a final rule imposing new restrictions on payday loans, title loans, and similar products that meet the rule’s definition of a “covered loan.”

In response, the OCC rescinded its 2013 guidance and issued new guidance in May of this year. Under its new guidance document, the OCC “encourage[d] banks to offer responsible short-term, small-dollar installment loans . . . to help meet the credit needs of consumers.”

And that brings us back to U.S. Bank’s recent announcement of its new “Simple Loans” product.

Are Simple Loans an Improvement Over Older Deposit Advance Loans?

So how does U.S. Bank’s Simple Loan compare to past offerings? Here are the basic terms of the loan program, according to the bank’s website and the New York Times article:

Here’s an example from the bank:

Is that a good deal? Probably not—for at least two reasons. First, the APR is quite high. Although it’s lower than what many payday loans charge, it is higher than, say, the APR on a credit card or traditional personal loan. In fact, in California, the interest rate on personal loans generally cannot exceed 10% per year.

And keep in mind that these types of loans target customers with relatively bad credit and cash-flow problems. As with payday loans generally, that market is the one least capable of taking the financial hit from such a high APR.

In addition, although it’s nice that U.S. Bank won’t overdraw a customer’s account to repay his or her Simple Loan, those repayments may still cause trouble for borrowers by making it harder to pay other recurring bills.

Banks, payday lenders, and credit card companies tend to downplay the downsides of their credit offers. Only when you dig into their offering and compare it with other offers (or the possibility of just saving rather than taking out a loan) do you realize that a trap has been set for you.

If you’re struggling to make ends meet and think you must rely on payday loans or big banks’ similar products, there are other options available. One option is to file bankruptcy, which can eliminate many of your other debts, leaving more money in your pocket each month for current bills and expenses.

If you would like to learn more about how bankruptcy can help turn around your finances, contact the experienced Los Angeles bankruptcy attorneys of Borowitz & Clark today for a free consultation.

Saving Money in L.A.: Planning Your Next Vacation

This Holiday Season, Give Your Children the Gift of Good Financial Habits