How Covered California Can Save You Money on Health Insurance

Saving Money in LA: What is Covered California?

Blog
You are here: Home / Blog / Personal Finance / Saving Money in LA: What is Covered California? 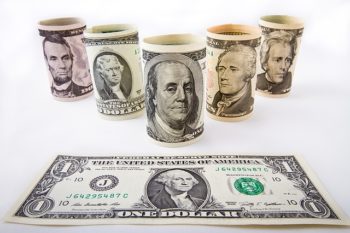 When Barack Obama ran for president in 2008, one of the central planks of his platform was reforming American health care. Obama was concerned with the skyrocketing costs that have long plagued the American health-care system and the large number of Americans who lacked health insurance.

The president was able to tackle those problems within the first 14 months of his presidency with the enactment of the Patient Protection and Affordable Care Act (or ACA, though more popularly known as “Obamacare”). The ACA made many significant changes to American health care and the health insurance industry with the goal of reducing costs and increasing coverage.

The ACA made many significant changes to the American health care system. One of those changes involved requiring states to establish online health insurance marketplaces called “exchanges.” If any state refused to set up an exchange, the federal government would set one up for it, folding it into the federal healthcare.gov website.

As marketplaces, the exchanges under the ACA act as online storefronts for comparing and purchasing coverage from actual health insurance companies. The exchanges are not, themselves, insurers.

But ACA exchanges were meant to be much more than simple online marketplaces like eBay or Amazon, however. For example, if a person applies for coverage through an ACA exchange, but his or her income is low enough that he or she would qualify for coverage under Medicaid (Medi-Cal in California), then the exchange forwards the application to the state’s Medicaid agency.

How Covered California Can Help You Save Money on Health Insurance

The reforms introduced by the ACA were intended to drive down the price of health insurance and drive up coverage throughout the United States. The law sought to accomplish these goals with three interdependent reforms:

Although Congress effectively repealed the individual mandate beginning in 2019 by reducing the IRS penalty to $0 in the Tax Cuts and Jobs Act late last year, the other two reforms remain in force. That means that you can still qualify for subsidized health insurance through Covered California and you can’t be denied coverage just because you’re already ill.

Another innovation introduced by the ACA was a system of “metal tiers” meant to make comparing different plans easier for consumers. The ACA’s four different tiers—bronze, silver, gold, and platinum—classify plans based on the percentage of a person’s health-care costs that will be paid for by the insurance company:

Understandably, the health insurance premiums for a higher-tier plan are higher than those for a lower-tier plan. However, you can receive premium subsidies for plans under any tier.

Medi-Cal: An Alternative to Private Insurance for Low-Income Californians

Strangely, it is possible to make too little income to qualify for a subsidized insurance policy through Covered California. The ACA limits premium subsidies to those earning at least 138% of the federal poverty line in states that have expanded Medicaid (like California). Below that level, individuals can receive free or reduced-cost coverage through Medi-Cal, California’s implementation of Medicaid.

(If you’d rather not apply for Medi-Cal through the Covered California website, you can still apply by mail or in person.)

Do You Need Health Insurance?

In modern America, health insurance is not just something that’s nice to have. It’s a necessity—even without the individual mandate. The cost of health care in the United States is notoriously high, and a simple visit to the emergency room can easily outstrip the annual cost of obtaining health insurance that could have helped pay for it.

Did you know? Many Americans facing mounting medical bills turn to bankruptcy for relief. Buying health insurance can help you avoid the need for bankruptcy, but isn’t a silver bullet. If you find yourself unable to pay old medical bills, whether you’re insured or not, contact the consumer bankruptcy attorneys of Borowitz & Clark for a free consultation about whether bankruptcy would be a good choice for you.

Identity Theft: 9 Tips for Protecting Yourself