Can a Student Loan Be Discharged in Bankruptcy in California? 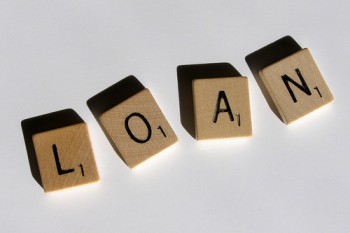 Student debt in the United States outstrips credit card debt by a significant margin – this year it will top $1 trillion, compared to about $680 billion in credit card debt. To make matters worse, the job market is still weak from the 2008 crisis. Recent grads struggle to find employment at all, let alone in their chosen field and for their chosen pay. Those carrying the burden of student loan debt along with debts accrued post-graduation may not be able to make ends meet. They may declare bankruptcy. They may have credit card debts, unsecured loans, and medical bills discharged. Unfortunately, their student loan debt isn’t going anywhere. It’s non-dischargeable in bankruptcy unless paying off the loans is an “undue hardship” for the debtor.

Kathryn was what some term a “career student.” Over the course of nine years, she obtained an Associates of Science Degree, a Bachelor of Science in Health Services Administration, a Master’s degree in Business Administration, and part of a Master’s Degree in Public Administration before complications with her first pregnancy forced her out of the classroom. In re Nielsen, 2013 W.L. 2299626, 1-2 (Bankr. S.D. Iowa 2013). Over the course of her extensive education, Kathryn took out twenty-three separate student loans for a total of more than $100,000 in debt. Id. at 1.

A large student loan debt may be worth your while if you translate it into a high-paying position. Kathryn didn’t. The court described her post-high-school work history as “minimal, if not non-existent.” Id. at 2. She held a couple of internships but presented no evidence to the court regarding whether either of those resulted in a long-term offer or how they related to her chosen field. Id. So, not only did she have a mountain of student debt, she was unemployed. She declared bankruptcy.

In bankruptcy, student loans are only dischargeable where repayment would cause “an undue hardship on the debtor [or] the debtor’s dependents.” 11 U.S.C.A. § 523(a)(8). Kathryn argued for discharge of her student loans under that principle. The court determines whether a debtor will suffer “undue hardship” by evaluating the totality of the circumstances. Id. at 1. The totality of the circumstances includes past, present, and future financial resources, the debtor’s reasonable necessary living expenses, and any other relevant facts and circumstances. Id.

1) Past, Present, and Future Financial Resources

Despite the availability of positions in California (where she attended school), Kathryn and her husband decided to move back to the Midwest. She found no employment there. Among other excuses, she cited her above-average height as preventing her employment with the Navy, her over-qualification making her unappealing for entry-level jobs, and her under-qualification precluding her from taking managerial positions. Aside from these hardships, Kathryn stated that she intended to breastfeed her youngest child until the age of 3 and she home-schooled all four of her children. This situation, she said, made work impossible. Id.

In examining reasonable and necessary living expenses, the court asks whether a debtor’s expenses are “modest and commensurate with the debtor’s resources” and whether they “can be met on an ongoing basis.” Id. Kathryn’s expenses were, all in all, within these bounds. She wasn’t living an extravagant lifestyle. She did, however, claim the replacement of her tires and her roof as an ongoing expense. The court rejected this classification and deemed them a one-off expense. Kathryn seemed to be under no undue hardship in meeting her reasonable and necessary living expenses. Id.

3) Other Facts and Circumstances

The third factor acts as a catch-all for any mitigating circumstances experienced by the debtor. It may include:

Id. at 4, citing In re Brown, 378 B.R. 623, 626-27 (Bankr. W.D. Mo. 2007). Kathryn offered a litany of medical problem for her and her oldest child as mitigating circumstances. She presented several lab reports relating to her allergies to mold, which was a problem in her house. However, she showed no actual diagnosis for any illness. Her oldest child suffered from recurring ear problems, also tenuously attributable to the mold, but she treated these issues with homeopathic remedies instead of seeking medical attention. Id. at 5.

Kathryn showed articles she found on the Internet about the dangers of mold in the home; she also consulted a “mold remediation consultant” based in Kentucky. At his suggestion, she removed the carpet from her house, repainted the interior with non-toxic paint infused with essential oils, and installed an air purifier.  Id. at 6. Kathryn cited these measures and the ongoing mold problem as further evidence of her financial struggles and inability to work. The court determined that “the symptoms and recommendations described are not medically based and are of questionable credibility.” Id. “Undue hardship cannot be based upon reliance on general information and conclusions related to the potential dangers of mold, in the absence of medical evidence or testimony.”  Id.

Further, undue hardship cannot be based on self-imposed income limitations. Id. at 7. Kathryn chose to continue her education rather than join the work force when she had the opportunity to do so. When she had funds, she paid back family members rather than her student loans. She qualified for zero monthly payments under the Income Contingent Repayment Program but chose not to enroll and instead defaulted on her payments. The court interpreted this to mean that she had no intention of ever paying back her loans, whether she was able or not. Id. at 8.

Kathryn was full of excuses for her default and offered a laundry list of reasons in support of discharging her student loans. The list spanned “over-qualification, under-qualification, geography, locality, her height, child care expenses, home schooling decisions, and undiagnosed medical conditions.” Id. Kathryn had, however, held internship positions, so she was capable of obtaining work. She had not used her best efforts to gain employment and repay her loans; she was just looking for a way out. The court denied discharge of her student loan debt.

Student loans are tricky; you need an education to get a job and you need a job to pay for your education. It only works if you have both. If you find yourself with loans but without work, keep Kathryn in mind. Try to find employment and make a sincere effort to repay that debt. The court requires actual undue hardship to discharge student debt and that is a very high threshold to cross. Getting a less-than-ideal job doesn’t count.