You’ve worked for years and earned your pension benefits and you’ll depend on those benefits when you retire. But that doesn’t mean you can’t run into financial difficulties  – and even consid 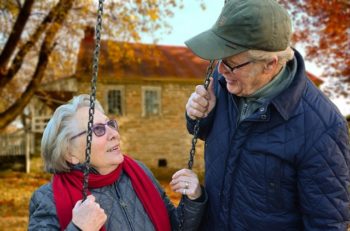 er filing a bankruptcy. Bankruptcy may involve using some of your assets to pay off your creditors before your debts are wiped out, so are your pension payments at risk?

The First Layer of Protection for Your Retirement Plans

Under bankruptcy law, nearly everything that you own becomes part of your “bankruptcy estate.” That’s the pool of assets that will go through the bankruptcy process. Some of those assets are protected by California’s bankruptcy exemptions, such as equity in your home or car.

Contributions to the majority of deferred compensation plans, tax deferred annuities, and employer-based retirement plans also fall under these exemptions. That puts them out of reach of creditors – they’re not considered part of your bankruptcy estate and thus can’t be used to repay your debts. Cal. Code Civ. Proc. § 703-704.

Retirement plans that are set up as trusts, which the majority of retirement plans are, are also excluded from your bankruptcy estate. These trusts are almost always structured with language that explicitly puts them beyond the grasp of your creditors, adding an additional layer of protection. However, note that the bankruptcy court will likely scrutinize any unusual trusts. For example, a plan that is structured as a trust that you fund and of which you are the sole beneficiary may not be protected in bankruptcy.

Bankruptcy laws went through a major reform in 2005. While many of these changes were not friendly towards debtors, the changes in the rules for retirement funds actually improved protections for debtors. Under federal law, all pension and retirement funds are protected from creditors even if the filer lives in a state like California that has its own exemption scheme. Better still, these exemptions amounts are usually unlimited.

There are certain limits to the exemptions. Most notably, Roth and traditional IRA exemptions are capped but the amounts are well over $1 million.

Your retirement income has multiple layers of protection from bankruptcy. Federal law, California law, and the terms of the trust accounts themselves all stand between your retirement and your creditors. Note that even retirement funds that you have already received are exempt – creditors can’t take your pension payments just because they’ve already come out of your pension account.

Given that your retirement funds are largely protected by both state and federal exemptions, it could be a big mistake to touch those retirement funds when you’re planning to file. It might be tempting to withdraw money to help pay down some of your debts, but remember that you’re spending money that would be protected in bankruptcy. Worse, you may not be able to cover the whole debt – then you’ll be left with debt and without any income to support you after you retire.

You’ll need to meet with a financial planner or bankruptcy attorney to determine whether it makes more sense for you to pull out money from your retirement accounts to pay a debt or to file a bankruptcy and have those debts wiped out while preserving your retirement income.

Bankruptcy Has A Surprising Benefit For Seniors: Estate Planning