California Bankruptcy Filers Must Provide the Trustee With Tax Returns

The bankruptcy trustee may pursue dismissal of your case for failure to provide required documentation on time. 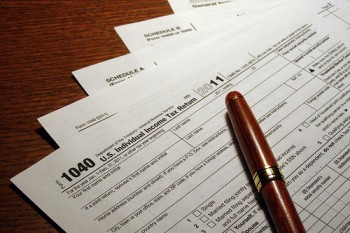 Your bankruptcy trustee plays a crucial role in your bankruptcy process. It is their job to oversee your bankruptcy estate to determine whether there is any property to distribute to creditors. In a good number of the cases we file, our clients complete the bankruptcy process with all of their property intact, however, it is still necessary to cooperate with the trustee so they can do their job, which is to investigate your assets and financial activity. We’ve highlighted a real bankruptcy case that took place in California to illustrate the point, In re Nordstrom.

Tax Returns Typically Due One Week Before 341 Meeting

To aid in the due diligence process described above, no later than one week before the first meeting of creditors, debtors must give the trustee a tax return from the most recent fiscal year. 11 U.S.C.A. § 521(e)(2)(A)(i). Reviewing tax returns helps the trustee check to see whether the financial picture disclosed by the debtor is accurate. If the debtor fails to deliver, “the court shall dismiss the case unless the debtor demonstrates that the failure to provide a copy of such tax return or such transcript is due to circumstances beyond the control of the debtor.” § 521(e)(2)(B). The bankruptcy trustee “has discretion to seek dismissal, accept late compliance, or forego a remedy for noncompliance based on the facts and circumstances of the case.” Nordstrom, 381 B.R. at 769. In other words, the trustee can forgive an honest mistake or petition for dismissal of your case for a dishonest one.

At the first meeting of creditors, the Nordstroms still had not provided their most recent tax returns. Speier gave them some leeway and continued the meeting so they would have a chance to get the documents together. They repeatedly failed to proffer their tax returns despite multiple warnings from both Speier and their attorney. After continuing the meeting of creditors for a month, Speier finally received the Nordstroms’ tax returns – more than a month late. He moved for dismissal of their case.

Cooperation With the Trustee is Important

When filing for bankruptcy, a debtor “must fulfill certain duties to insure [sic] that estate assets are administered in accordance with applicable law.” Id. at 768. That effectively boils down to cooperation with the trustee to make sure that he has the necessary documents and that they’re accurately prepared and delivered on time. The Nordstroms offered no explanation for their delay in providing their tax returns; the only excuse they offered was that their records were “voluminous” and they had difficulty locating the documents in question. Id. at 770. Unmoved by claims of “shoddy record-keeping,” the court assumed their failure was due to “culpable neglect” and dismissed their case. Id. In the eyes of the court, you are responsible for the management of your financial records. Disorganization doesn’t qualify as a “circumstance[ ] beyond the control of the debtor.” If you can’t find the documents you need, the court may dismiss your case.

Dismissal is a serious problem – filing for bankruptcy a second time is much harder than the first. You have to pay all of the fees and costs associated with filing and the automatic stay only applies for 30 days, rather than for the entirety of your bankruptcy proceeding. When you file twice in less than a year, you have to overcome a presumption that you are filing in bad faith. The court will assume that you are attempting to game the system and you will have to prove that you’re filing honestly. § 362(c)(3).

The Nordstroms would have to repeat all the hassle of filing if they wanted the protection of bankruptcy. They could have avoided all that trouble and expense if they had just turned in their returns on time. The trustee requested the documents multiple times and warned them repeatedly that he would request dismissal of their case if they failed to deliver. The Nordstroms’ own counsel explained to them the severity of the consequences should they choose to ignore the trustee’s requests. Id. at 768. The trustee had the power to forgive late delivery and allow the bankruptcy process to go forward, but the Nordstroms’ refusal to cooperate drove him to petition for dismissal.

The lesson of In re Nordstrom is simple. Give the trustee what he or she asks for. They are trying to do their job, and the sooner they does it, the sooner you can move on with your life debt free.